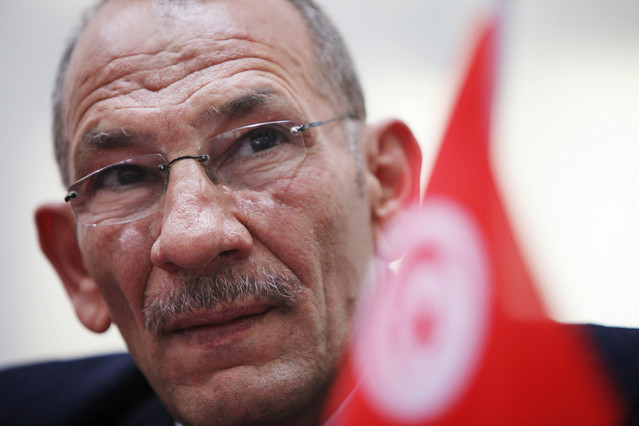 Tunisian Minister of Trade and Handicrafts Abdelwaheb Matar says his country is willing to boost trade and economic cooperation with Iran.

“We hope to increase Tunisia’s forecasted economic growth of four percent to a much higher number. Iran can be a tremendous help for us to achieve our goal. We would like to increase trade in oil, petroleum and phosphate with Iran,” said visiting Matar, who was on a delegation from Tunisia’s Chamber of Commerce.

He made the remarks in a meeting between the Tunisian team and Vice President of Iran’s Chamber of Commerce Industries and Mines Mehdi Mir-Aboutalebi in Tehran.

The chairman of Tunisia’s Chamber of Commerce Abdellatif Hamam also said that Iran could play a key role in promoting the development of his country.

Moreover, the Tunisian official also said that Tunisia is looking to upgrade trade with Iran to over USD one billion within the next three years.

Mir-Aboutalebi, for his part, said the manufacturing of Iranian automobiles in Tunisia was among the issues brought up in the meeting with the visiting Tunisian delegation.

Tunisia is looking to increase ties with Iran in several economic sectors, including oil and petroleum, automobile, financial services and banking, agriculture, phosphate and pharmaceutical and food industries.