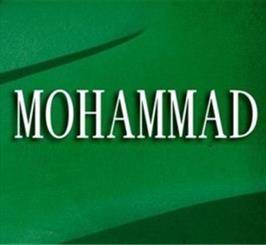 TEHRAN, Oct. 30 (MNA) – A new report has said the name of the Prophet of Islam has been the most popular worldwide.

Mehr News quoted Spanish daily ABC reporting that 150 million people were called ‘Mohammad,’ and that the name was popular even in non-Muslim countries, such as France, where in some regions, Mohammad is the most popular name for newborn babies.

The report also said that ‘Mohammad’ was quite popular name for boys in Britain and Spain. A research by Milan Chamber of Commerce indicated that the name Mohammad had been the most popular name among the tradesmen.