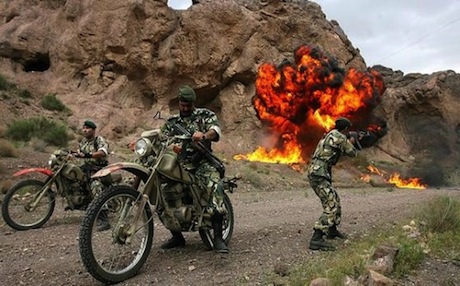 Maku, West Azarbaijan prov, Oct 31, IRNA – An Iranian border guard was killed Wednesday by members of the terrorist group of the Party of Free Life of Kurdistanin (PJAK) in the Buralaan border area of Maku region in northwestern Iran.

PJAK is mostly known as an offshoot of the Kurdistan Workers Party (PKK).

Governor of Maku Hamid Ahmadian said Thursday that the border guard was a member of the Islamic Revolution Guards Corps (IRGC).

He was martyred when PJAK terrorists attacked a border post to penetrate into the Iranian soil. The terrorists were repelled by the IRGC troops.

Two other were injured during the attack, Ahmadian added.