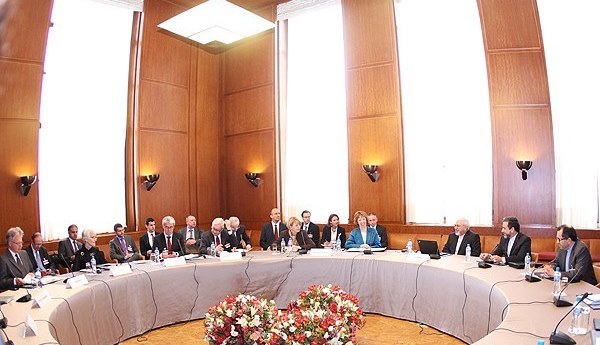 TEHRAN (Tasnim) – The second day of expert-level meetings between representative of Iran and the six world powers started in Austrian capital city, Vienna, on Thursday morning.

Vienna hosts delegations representing Iran and the world powers for two days of expert-level talks that precede a higher-level round of negotiations in Geneva on November 7-8.

The two-day expert-level talks between Iran and the G5+1 (the US, Russia, China, Britain, France as well as Germany) started on Wednesday a day after negotiations between Tehran and the International Atomic Energy Agency (IAEA) came to a close on Tuesday.

The meeting includes nuclear and sanctions experts from Iran and the six world powers.

Iranian Deputy Foreign Minister for Legal and International Affairs Abbas Araqchi had announced earlier that four experts from the banking, trade, oil and transportation sectors have been added to Iran’s nuclear negotiating team.

According to Araqchi, experts from the oil ministry, roads and urban development ministry, and the ministry of industry, mines, and trade as well as the Central Bank of Iran and the Atomic Energy Organization (AEOI) would attend the talks.