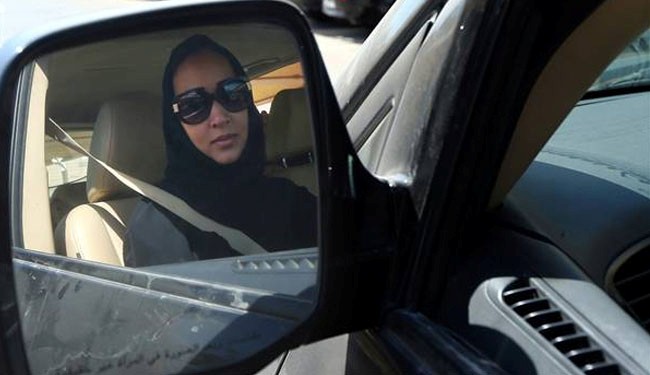 The women, who requested anonymity due to their concerns for their safety, described to CNN how they’d been “followed by cars filled with men since Saturday,” when dozens of women across the kingdom participated in the October 26 Women’s Driving Campaign. At least five women said vehicles had been parked outside their houses since Saturday.

“I don’t know for sure if it is secret police or just men trying to harass us because we want the right to drive, but they are trying to intimidate us,” said one woman. “I’m positive I’m being followed by the secret police since Saturday,” said another, who added she’d gotten no official word she was being investigated.

Over the weekend, in extraordinary act of civil disobedience, at least 41 women got behind the wheel and drove on the streets of various Saudi cities. Many filmed themselves and uploaded those videos to YouTube. Now, several of them say the euphoria of that moment has quickly turned to worry over what might happen to them next. Many wonder if they’ll be punished for hitting the open road in such a closed society.

While no formal law exists in Saudi Arabia specifically barring women from driving, religious edicts are often interpreted there to mean it is illegal for females to do so. Other Saudi women have been penalized in the past for defying the ban. In 1990, a group of 47 women protested the prohibition by driving through the streets of Riyadh, the country’s capital. After being arrested, many lost their jobs and were placed under a travel ban.

In 2011, women’s rights activist Manal Al-Sharif spent nine days in jail for posting online a video of herself driving. Adding to their fears, the women say, is the detention of a man who worked closely with the campaign. They say Tariq Al-Mubarak, a columnist and teacher, was called in for questioning by the Bureau of Investigation and Prosecution in Riyadh on Sunday and has not been released yet.

Saudi Arabia’s Interior Ministry would neither confirm nor deny if Al-Mubarak was being held. Reached via text message, Maj. Gen. Mansour Al-Turki, the Interior Ministry’s spokesman, responded to CNN, saying, “as far as I know, the Bureau of Investigation (BIP) doesn’t detain anybody, but they could call people for questioning or interrogation.” Despite repeated attempts, CNN was unable to reach the BIP for comment and was told by Al-Turki that the agency has no spokesperson.

When asked if Saudi women who participated in or supported the women’s driving campaign were being targeted, followed or investigated, Al-Turki told CNN, “I don’t understand the reason to follow anybody. If we have anything against anyone we would act according to the laws.” One woman, whose worry is growing by the hour, said participants in the movement only wanted to “emphasize to the Saudi government that this campaign is not a challenge to the Saudi government.”

She described the campaign, which has gained serious momentum since it was first announced in late September, as “just following up on King Abdullah and other officials’ words in the past that the women’s driving issue is one for society to decide.” “We just want to be allowed to drive our own cars,” she said.

Saudi Arabia is still very much split over the question of women driving, with many women there supporting not just the driving ban, but also in favor of the conservative kingdom’s guardianship system, which mandates that Saudi women cannot go to school, get a job or even travel without permission from their male guardians.