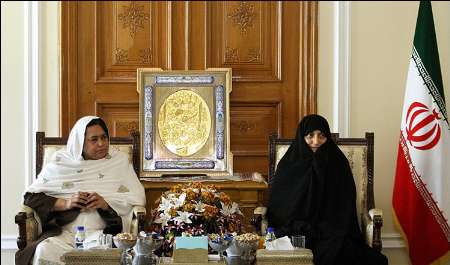 Eftekhari told a group of Afghan women in Tehran that Muslim women should be present in the international scenes.

She said that the Afghan citizens residing in Iran are in better condition than the past and many of their educational and living problems have been removed.

Meanwhiile, Nafiseh Monsef, the head of Afghan public office, for her part, thanked Iran for the support to Afghanistan over the past several decades, saying that during Afghan war, Iranian nation supported Afghans and that Iranian assistance is still continuing.