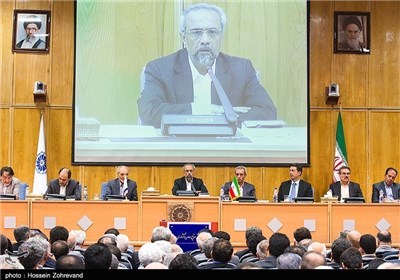 “Trade facilities, issuance of business visas and direct banking ties do not exist among the member states of this organization (the OIC). The private sectors and governments must cooperate in these fields, propose solutions and plans, and are resolved to remove those deficiencies,” Mohammad Nahavandian said on Monday.

Speaking at the opening ceremony of the 14th Trade Exhibition of the OIC Member Countries, Nahavandian said various companies in the world should be informed about the facilities and resources existed in the other countries, and stated that so far such ties among the member states of the OIC have not been established.

He said that the main responsibility of the chambers of commerce and the private sectors in the Islamic states is to boost relations between the manufacturer and industrial units of the Islamic countries.

Director General of the ICCI Mohammad Reza Karbasi said that the Islamic countries representatives discussed ways for boosting trade during their Sunday session and approved the draft statute for the establishment of a fund to support the less developed Islamic countries.

Expansion of tourism and health tourism among the Islamic countries was among the other issues discussed and emphasized at the ICCI session, Karbasi stated.

The Islamic Chamber is an affiliated organ of the Organization of Islamic Cooperation (OIC) and represents the private sector of 57 member countries.

It aims at strengthening closer collaboration in the field of trade, commerce, information technology, insurance/reinsurance, shipping, banking, promotion of investment opportunities and joint ventures in the member countries.