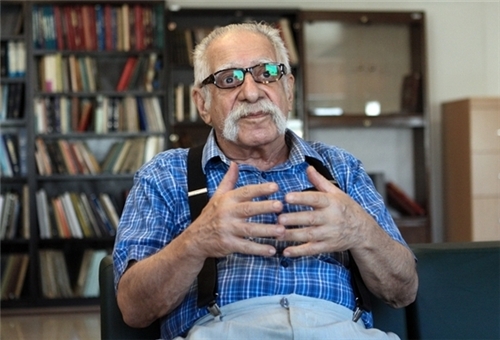 TEHRAN (FNA)- The American academic society who refuses to return the Persian Achaemenid tablets to Iran after decades has now reached out to an Iranian expert and translator of Elamite and Akkadian languages to translate the tablets into Persian and English.

Gil J. Stein, the Director of the Oriental Institute and Professor of Near Eastern Archaeology in the department of Near Eastern Languages and Civilizations at the University of Chicago, who is in Iran now has called on Abdolmajid Arfayee, the translator of the Cyrus Cylinder, to translate the Achaemenid tablets which have been confiscated by a court in the US.

“The proposal for reading the remaining Achaemenid tablets which have been confiscated by a US court was raised to me by the director of the Oriental institute of Chicago,” Arfayee told FNA on Monday.

Asked if he would travel to the US to read and translate the tablets, Arfayee said, “No. They are due to send the photos of these tablets to me to read them in Iran and translate them into the two languages of Persian and English.”

The tablets were discovered by the University of Chicago archaeologists in 1933 while they were excavating in Persepolis, the site of a major Oriental Institute excavation.

In spring 2006, US District Court Judge Blanche Manning ruled that a group of people injured by a 1997 bombing in Israel could seize the 300 clay tablets loaned to the University of Chicago’s Oriental Institute and the university cannot protect Iran’s ownership rights to the artifacts.

Following Iranian officials’ protests against the ruling, the court was slated to reexamine the case on December 21, 2006, but the court session was postponed to January 19, 2007, allegedly due to the fact that Iran had not provided all the documents required by the court.

The court session was held on the above-mentioned date, but no verdict was issued.

Museum of London has voiced its support for the return of the collection of clay tablets to Iran as the owner of the artifacts.