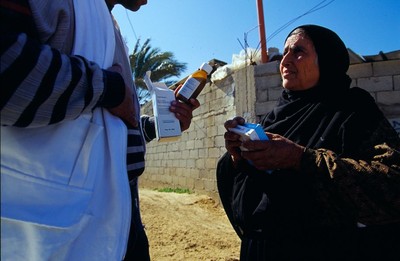 The Ministry of Health in the besieged Gaza Strip says the lives of hundreds of patients are at risk over the lack of medication due to the Israeli blockade, Press TVreports.

Some 400 patients with renal failure in the Palestinian territory suffer from the lack of medicine and special chemicals that are required for dialysis, the ministry says.

In addition to the shortage of medicine, hospitals in Gaza face frequent power outage and lack of fuel and spare parts for backup emergency electricity generators.

Mohammad Shatat, with the Gazan ministry, said there were a lot of problems related to shortage of many types of medical supplies and the patients are facing stoppage of the treatment machines as a result of power outage.

Rights groups have slammed an Israeli closure of the crossings into Gaza, calling for an end to the illegal blockade of the Palestinian land.

“The situation is disastrous especially in the health sector. Years of blockade have deteriorated the situation in Gaza. This illegal blockade must be lifted to save the patients’ lives,” said Samir Zaqout, an official from al-Mezan Center for Human Rights.

The Gaza Strip has been blockaded by Israel since 2007.