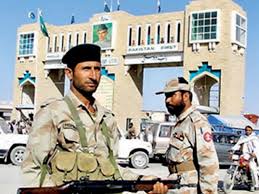 Mehr News reported that Alireza Haghighian visited Pakistan’s deputy FM and provided him with a report about the terrorist attacks on Iran-Pakistan borders in Saravan. He also demanded arrest and immediate extradition of the terrorists.

During the meeting Pakistan’s deputy FM offered his condolences to the Islamic Republic of Iran’s government and people for the event, and ensured the ambassador that, Pakistani authorities would cooperate with Iran and do their best to deal with terrorist acts.