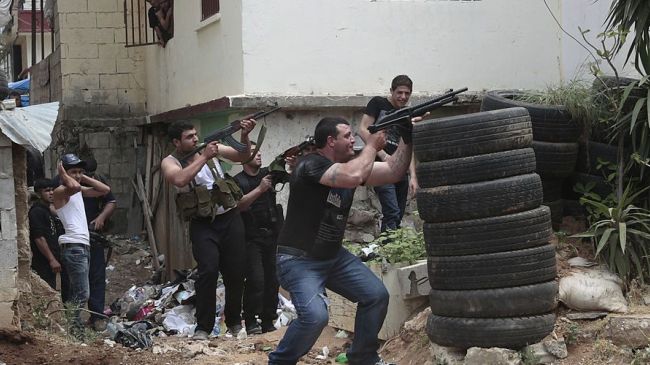 Lebanese security officials say the death toll from a week of clashes between supporters and opponents of the Syrian government in the northern city of Tripoli has risen to 14.

The officials said two people died in clashes on Saturday and another two lost their lives on Sunday morning.

And one wounded soldier from the city’s Jabal Mohsen neighborhood also succumbed to his injuries on Sunday, the officials added.

Security sources say the army has separated the two sides and pushed them back.

While Bab al-Tabbaneh residents support militants fighting against the government of President Bashar al-Assad, the inhabitants of neighboring Jabal Mohsen are loyal to Assad.

Tripoli has been the scene of fierce clashes between the supporters and opponents of the Syrian government since the beginning of the unrest in Syria more than two years ago.

According to reports, the Western powers and their regional allies — especially Qatar, Saudi Arabia, and Turkey — are supporting the militants operating inside Syria.

In a recent statement, the United Nations High Commissioner for Refugees said the number of Syrian refugees, who have fled the country’s 31-month-long conflict, reached two million.