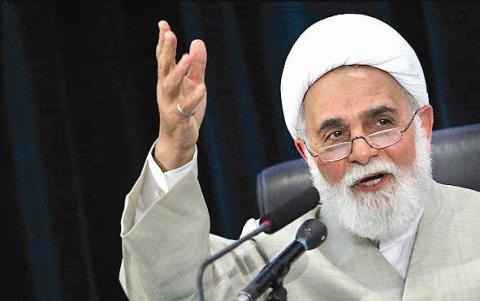 ‘Reformists agree on Nateq as candidate in next parliamentary elect’

TEHRAN, Oct. 27 (MNA) – The secretary general of the Construction Party has announced that reformist parties and groups may reach an agreement to nominate Ali Akbar Nateq Nouri as their lead candidate for the next parliamentary election in 2016.

Nateq Nour, a conservative clergyman, was parliament speaker from 1992 to 2000. He also served as interior minister during the Rafsanjani presidency.

“Reformist parties will adopt rational and more active political approaches for Majlis election and in view of Nateq Nouri’s record and reformists’ general tendency” toward him reformists may gather around him as the lead candidate, Gholam-Hossein Karbaschi told the Mehr News Agency on Saturday.
He added reformists’ tendency toward Nateq Nouri “is not something unusual.”
Karbaschi, the former Tehran mayor, went on to say that moderate and capable figures with revolutionary backgrounds should be present at parliament in order to create a better situation, and Neteq Nouri is among those figures who “all acknowledge his aptitude”.

There are unconfirmed reports that Mohammad Reza Aref, the first vice president under Mohammad Khatami, may lead reformists in the campaign for parliamentary election in 2016.

However, Karbaschi said the point is not that Nateq Nouri or Aref should be the main candidate because there are 290 parliamentary seats and many “good” and “capable” figures can compete for these seats and “Majlis election can bring all these figures together.”