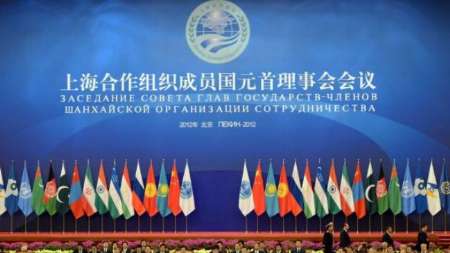 Dushanbe, Oct 26, IRNA – Head of the Executive Committee of the Regional Anti-Terrorism Structure of the Shanghai Cooperation Organization ( SCO) expressed the hope that Iran’s position would promote from an observer member to a permanent member.

In a meeting with Iran’s delegation on the sideline of the SCO meeting in Tashkent on Friday, Zhang Xinfeng underlined importance of Iran’s position in helping to prevent and confront with regional crises, including in Afghanistan, Iraq and Syria.

He expressed interest for cooperation and collaboration between the organization and observer members, including Iran, considering Syrian development and the outlook of departure of foreign military forces from Afghanistan in year 2014 and possibility of expansion of violence and extremism and terrorism in the region.