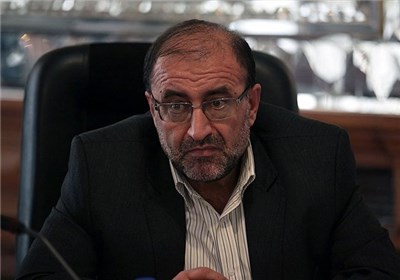 TEHRAN (Tasnim) – Washington has not made the slightest change in its attitude towards the Islamic Republic, an Iranian parliamentarian explained, and added that US-imposed sanctions against Tehran are a sign of an ingrained hostility.

“Americans’ stances towards the Iranian government and nation have not changed a bit,” Mojtaba Rahmandoust told Tasnim on Saturday, adding that US officials have not even changed their language and tone with the Iranian nation.

His comments come after the US State Department’s third ranking official and the nuclear negotiator in Iran-G5+1 nuclear talks, Wendy Sherman, on October 17 accused Iranians of deception.

Just days after his historic phone conversation with Iran’s President Hassan Rouhani, US President Barack Obama has a meeting with Israeli prime minister in which Obama told his guest that the US “won’t take any options off the table, including military action” against Iran.

The US State Department’s third ranking official, also said in an address to the US Senate’s Foreign Relations Committee that the anti-Iranian sanctions “should not disappear anytime soon.”

Her comments come days after Tehran and the Group 5+1 held a two-day meeting in the Swiss city of Geneva on October 15-16. During the two-day talks, Iran presented a three-step plan with the aim of bringing the standoff over the Islamic Republic’s peaceful nuclear program to an end.

After the talks the White House said Iran had shown a greater level of “seriousness and substance” than ever before at the two days of talks in Geneva.

The two sides are to hold a new round of talks in Geneva on November 7-8, which are to be preceded by sessions attended by scientific and sanctions experts to address differences and to develop practical steps.