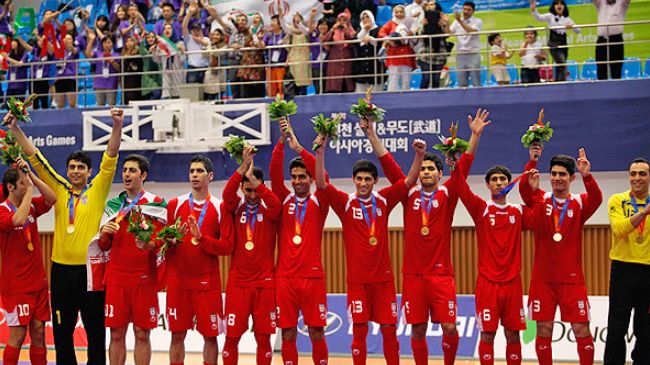 TEHRAN, Oct. 26 (MNA) – The Iranian futsal team was defeated by Brazil in the 8th edition of the Grand Prix de Futsal but qualified for the semifinals.Host Brazil beat Iran 7-2 at the Ginasio Chico Neto hall in Maringa, Brazil on Friday.

In the semifinals scheduled for Saturday, Brazil will face Paraguay and Iran play Russia.

The Grand Prix de Futsal is an international futsal competition of the same kind of the FIFA Futsal World Championship but with invited nations and held annually in Brazil.