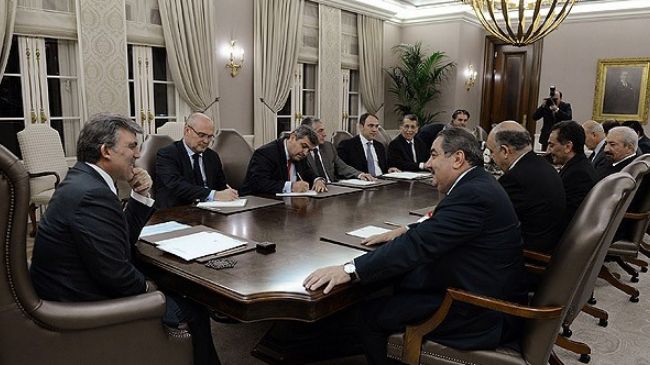 Heading a high-ranking delegation, Zebari arrived in Turkey on Thursday at the invitation of his Turkish counterpart Ahmet Davutoglu. He met with President Abdullah Gul to discuss the improvement of Baghdad-Ankara ties, Anadolu news agency reported.

In recent years, Baghdad-Ankara relations have deteriorated over the energy deals signed between Turkey and Iraq’s autonomous Kurdistan Regional Government (KRG) without the consent of the Iraqi central government.

Gul also described the recent upsurge in terrorist activities across Iraq as a “source of distress not just for Iraqis but for Turkish people as well,” adding that Ankara will continue to support “the efforts of Iraqi politicians to bring stability to the country.”

Zebari, for his part, underscored the significance of latest visits between high-ranking Iraqi and Turkish officials, which focus on expanding bilateral relations between the two sides.

The Iraqi foreign minister is also scheduled to meet with Davutoglu in Ankara later on Friday.

Meanwhile, Turkish Energy Minister Taner Yildiz said on Thursday that Ankara is carrying out a number of oil and gas projects worth around $5.5 billion in the southern parts of the Iraqi capital, Baghdad.

“All mutual projects will make great contributions to the wellbeing of the two countries as well as the region. As we have always said since the beginning, any of our agreements with Baghdad or the northern Iraq was for the sake of all Iraqi people,” Yildiz said.