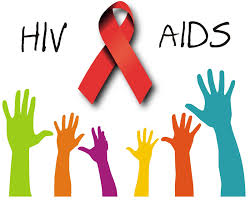 Shiraz, Fars Prov., Oct 23, IRNA — The UN Development Group (UNDG) Chair and the UNDP Administrator Helen Clark said on Wednesday that Iran has a satisfactory record in campaign against HIV.

She told reporters on the sidelines of a meeting with Governor General of Fars Province that Iran can be one of the influential countries in fighting AIDS.
She said good activities have thus far been observed and the UNDP has been working to maintain its relations with all Iranian provinces and cities.
“The UN has set aside good credits for campaign against HIV, TB and Malaria but we expect using national funds to continue with implementing the projects once the UN credits end,” she noted.
She said that Fars Province is among capable provinces in terms of health and medicare services and during this visit “we have been able to find good partner for cooperation and activities to fight diseases and promote health in the province.”
During her visit to Shiraz, Ms. Clark visited several medicare and health centers as well as health infrastructures.
The UN official, who arrived in Shiraz on Tuesday at the head of eight-member delegation, will fly to Tehran on Wednesday night.
Clark arrived in Tehran on Monday and met and conferred with senior Iranian government officials, including Foreign Minister Mohammad Javad Zarif.
Ms Clark said that she aims to upgrade ties with the Islamic Republic of Iran and engagement of the UN and UNDP with Iran; to address its development priorities and achieve the goals set forth in the UN Development Assistant Framework (UNDAF 2012 – 2016) which is based on the national development priorities in line with the Fifth National Five-Year development plan.
She said that UNDP supports Iranian development priorities namely human development, environment protection and sustainable development.
Addressing the UN Commemoration Day in a ceremony held in Tehran on Tuesday, Clark said Iran has gained the second place in the world in human development.
“This index has been created by the UN)in 1990 and Iran has made good advances in this field right from the beginning in such a way that 99.9 percent of Iranian women stay alive after giving birth and 20 years has been added to life expectancy in Iran,” she said
Clark said that womens rights are observed by about 90 percent in Iran, adding that women now have access to educational possibilities.
“I appreciate Iran’s efforts in line with development agenda,” she reiterated.