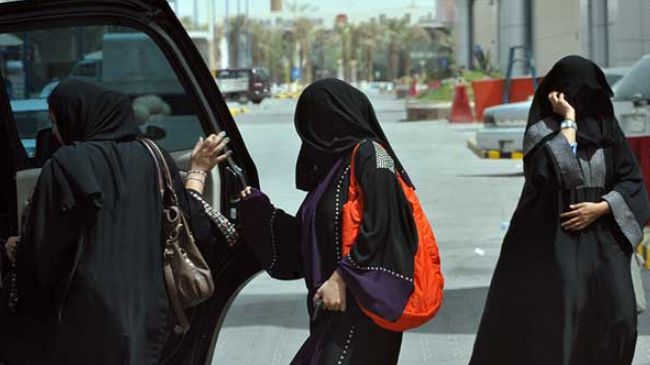 TEHRAN, Oct. 23 (MNA) – Around 150 clerics and religious scholars have held a rare protest outside the Saudi king’s palace against fresh efforts by women seeking the right to drive, accusing the US for the launching the campaign.

On Tuesday, some of the senior religious leaders who protested outside the palace in the Red Sea port of Jiddah said the United States was behind a campaign calling for women to drive on Oct. 26 that claims to have garnered 16,000 signatures.

The government has not cracked down on the driving campaign, and King Abdullah is believed to favor some social reforms. The protest by clerics, who are among the most influential voices in Saudi Arabia, shows the challenge he faces in pushing gently for change without antagonizing conservative segments of the population.

The hardline Saudi religious establishment has sway over the courts and oversees the often zealous religious police, run by the Commission for the Promotion of Virtue and Prevention of Vice, which enforces strict segregation of the sexes and other restrictive interpretations of Islamic Shariah laws.

“Why was the date of the protest (by women driving) given a Western date and not an Arab one?” asked prominent Sheik Nasser el-Omar at the rally, referring to the Islamic lunar calendar that differs from the Gregorian one used by the West. “This suggests the campaign was made in the USA,” he said in remarks carried by the semi-official news website Akhbar 24.

Since the right to drive campaign launched last month, Saudi women have been uploading videos and sharing pictures online of themselves driving. A number of Saudi women on the country’s top advisory body, the Shura Council, also put forth a request this month to discuss the issue of allowing women to drive, though no debate has yet taken place.

While neither Islamic law nor Saudi’s traffic laws explicitly ban women from driving, women are not issued licenses. In years past when women tried to drive, some were arrested and charged with disturbing public order. One woman was ordered to be lashed 10 times, but King Abdullah pardoned her.

No women have been arrested trying to drive in recent weeks. In one case, two women were pulled over by police in the main city of Riyadh after one of them posted on Twitter a picture of the other driving.