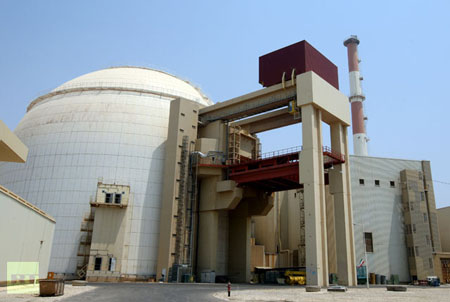 The Atomic Energy Organization of Iran (AEOI) has announced plans to construct new nuclear power plants (NPPs) in the country, stressing that the priority is to build facilities on the Persian Gulf coast.

Members of the Iranian Parliament’s National Security and Foreign Policy Commission lashed out at US Undersecretary of State and top negotiator Wendy Sherman for her insulting remarks against the Iranian people.

China’s customs data shows that Iran was the biggest supplier of fuel oil to the country in September.

Salehi: Iran ready to cooperate with IAEA on outstanding issues

Tehran is prepared to voluntarily cooperate with the International Atomic Energy Agency (IAEA) on the issue of a possible military dimension to its peaceful nuclear program, although the matter is outside the purview of the UN agency, Iran’s nuclear chief explained.

Managing director of the National Iranian Oil Company (NIOC) said some $25 billion should be ploughed into the country’s South Pars gas filed for all its remaining phases to come on stream.

The Iranian lawmakers on Wednesday morning approved of a bill on cooperation between the interior ministries of Iran and Russia, a step that can help further expand bilateral ties.

Iran’s Majlis Speaker Ali Larijani has criticized the US and its regional allies for not abiding by the promises they made at the Geneva 1 conference on Syria.