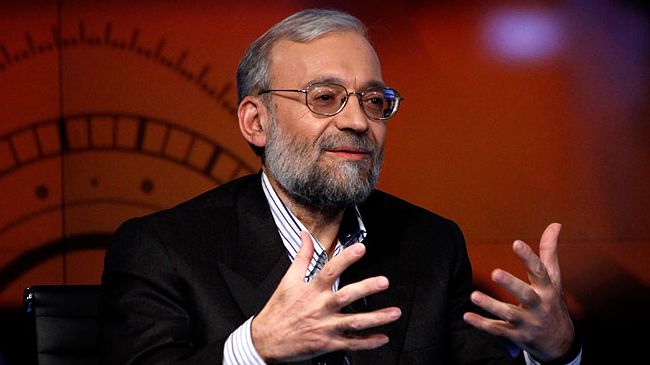 “The European governments maintain the best friendly relations with countries whose human rights records are the worst, but they adopt the most negative stand vis-à-vis a country like Iran which is … the sole democratic state in the Middle East…,” Larijani said in a meeting with top European parliamentarian, Hannes Swoboda, and his accompanying delegation in Tehran on Tuesday.

He emphasized that “wrong and exaggerated presumptions, unilateralism as well as Western and certain European countries’ double standards” hinder constructive talks between Iran and the West.

Larijani stated that the use of sanctions against Iran, politically-motivated media hype, and military threat show the West’s wrong attitude towards the Iranian nation.

He added that Iran attaches special significance to the issue of human rights, stressing that the country welcomes dialog with Europe in this regard.

“We have always welcomed human rights dialog with Europe and hold a positive attitude towards it, although we oppose European countries’ stance [on Iran], particularly the resolutions which are orchestrated by the US against us and we regard them as unjustified,” the Iranian official noted.

Swoboda, for his part, said Iran is among the most influential and important countries in the Middle East, adding that Europe should hold talks with the Islamic Republic on key issues.

He emphasized that Iran and Europe should have interaction despite media propaganda against Tehran.