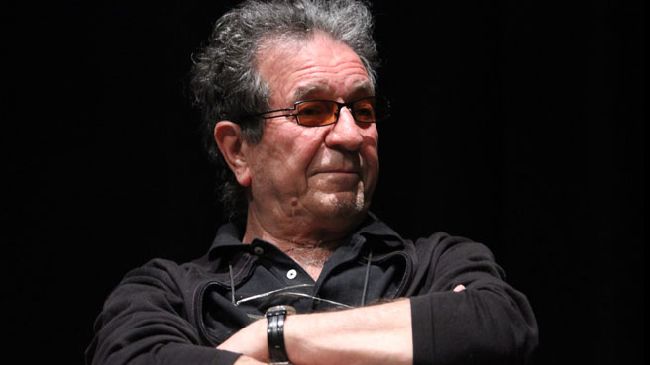 The celebrated Iranian filmmaker Dariush Mehrjui has been paid tribute during a ceremony for his 50 years efforts for Iranian cinema.

A number of Iranian officials in cinema and prominent cineastes took part in the gala to commemorate the director’s cinematic achievements.

Iran’s head of Cinema Organization Hojatollah Ayoubi, acclaimed director Ali Reza Raisian, actor and director Mani Haqiqi and the film producer Jahangir Kowsari were among the guests who attended the event that was held on October 20.

While Mehrjui was honored with awards at the closing part of the ceremony, a portrait of the director created by Habib Derakhshani was also unveiled.

Born in 1939 in Tehran, the award winning director graduated from the UCLA University in Philosophy and Film Studies in 1964.

He made his debut in 1966 with Diamond 33, a big budget parody of the James Bond film series, though the film was not financially successful.

Mehrjui not only established modern Iranian cinema but he introduced realism, symbolism, and the sensibilities of art cinema.

Boston’s Museum of Fine Arts also honored the Iranian auteur with the first ILEX Award for Lifetime Achievement in 2008.

Mehrjui has produced and directed over 20 feature-length films such as The Cow, The Cycle, The Tenants, Hamoonand The Pear Tree.