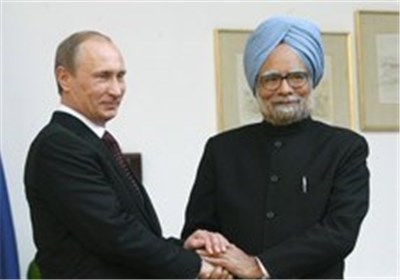 Singh is using one of his last major foreign trips as prime minister before 2014 general elections to seek resolutions to lingering issues with two of India’s most important regional partners.

The 81-year-old prime minister will leave Russia for China on Tuesday in a bid to forge closer economic relations and ink a pact to ease tension along their disputed border in a remote Himalayan region.

“The scope of our relationship with Russia is unique, encompassing strong and growing cooperation in areas such as defence, nuclear energy, science and technology, hydrocarbons, trade and investment,” Singh said in a statement before leaving India.

Singh’s trip to Moscow was preceded by gruelling behind-the-scenes negotiations on the next phase of a Russian-built nuclear power plant project on India’s south coast.

A deal for the Kudankulam nuclear power plant was first signed in 1988. But the collapse of the Soviet Union and Russia’s subsequent years of uncertainty meant that construction did not begin until 2002.

Work has been nearly completed on the first two units despite local protests that halted operations for six months in 2011-2012.

India now hopes to strike deals for an additional two reactors at the same plant as it looks to meet surging electricity demand.

But the 2011 Fukushima nuclear power plant accident prompted India to adopt a strict new safety liability law that Russia believes should not be applied to this project since it was conceived in Soviet times.

Negotiations about how the dispute can be skirted in time for Singh’s meeting with Putin have gone down to the wire, AFP reported.