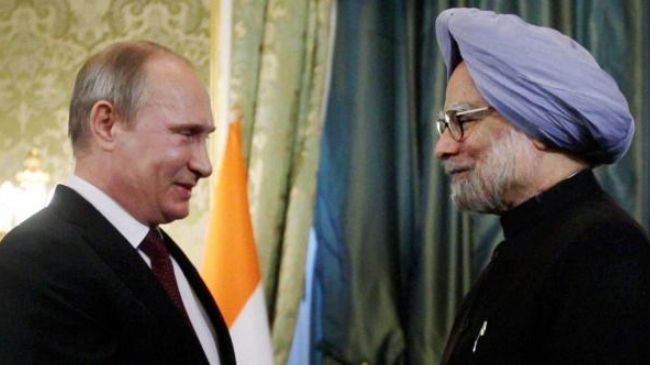 On Monday, the Indian premier hailed Russia’s valuable role in resolving disputes and misunderstandings in the Iranian nuclear issue.

Highlighting the need for collaborative international effort to resolve the conflict in Syria, Singh also described efforts made by the Russian President Vladimir Putin in finding a political solution to the Syrian crisis as excellent.

“The Syrian crisis is not just a conflict for the Syrian people but a danger for the security and stability of the region, which could have widespread consequences for the economy and security of the regional countries,” Singh said.

The Indian prime minister arrived in Moscow on Sunday for an official visit to sign a series of agreements on trade, nuclear energy and defense equipment on the sideline of the 14th annual Russian-Indian summit.

“The scope of our relationship with Russia is unique, encompassing strong and growing cooperation in areas such as defence, nuclear energy, science and technology, hydrocarbons, trade and investment,” Singh said after meeting Putin.

The 81-year-old prime minister will leave Russia for China on Tuesday in a bid to forge closer economic relations and ink a pact to ease tension along their disputed border in a remote Himalayan region.