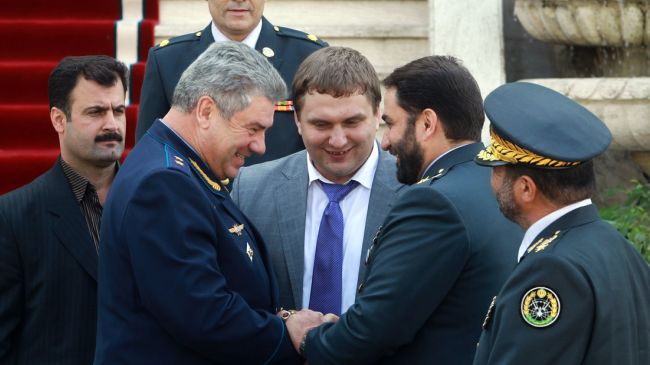 The commander of the Khatam-ol-Anbiya Air Defense Base held talks on air defense systems with Russian Air Force Commander in Chief Lieutenant General Viktor Bondarev in Tehran on Sunday.

Some members of Iran’s nuclear negotiating team attended a session of parliament’s National Security and Foreign Policy Commission on Sunday and briefed them on some details of talks with the six world powers in Geneva.

Iran, US jointly produce non-viral medical nanocarriers made of polyethyleneimine

The Sultanate of Oman will no longer represent Iran in Britain in coming days after Tehran and London appoint their non-resident charge d’affaires as the first step to re-open their embassies in the two capitals.

Iran plans to take part in an international oil and gas expo in Turkmenistan planned for mid November.

Chief of Staff of Presidential Office Mohammad Nahavandian said on Monday the presence of Iranian goods in international markets and recognition of the nuclear rights are considered as big victory for the Islamic Republic.

Deputy foreign minister for Euro-American affairs said Monday that Iran will not accept any pre-condition for attending the Geneva II conference on Syria.

Official: Iran open to cultural interaction with US

Director of Sa’di Foundation, a cultural organization tasked with promotion of Persian language, said Iran is ready to resume cultural relations with the US provided that it takes the decisive first step.