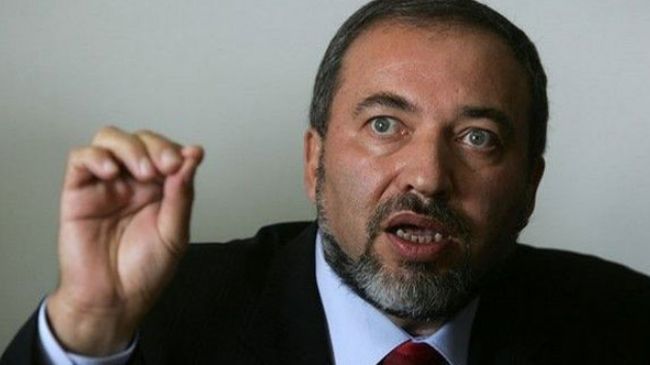 He went on to say that apology over the raid of the Gaza-bound MV Mavi Marmara humanitarian aid ship has harmed Israel’s regional standing.

“My opposition to apologizing to Turkey is not new, and I expressed it clearly before and after it happened,” Lieberman wrote on his Facebook page on Saturday.

“I reasoned and explained that it will not improve relations, but will only harm Israel’s standing in the region and play into the hands of extremists in the Middle East, with Turkey under [Prime Minister Recep Tayyip] Erdogan among them,” Lieberman continued.

The Israeli military attacked the Freedom Flotilla in international waters in the Mediterranean Sea on May 31, 2010, killing nine Turkish nationals aboard the Turkish-flagged MV Mavi Marmara and injuring about 50 other activists who were part of the team on the six-ship convoy.

On March 22, 2013, Israeli Prime Minister Benjamin Netanyahu said that he had apologized to Turkey for the attack during a phone call with his Turkish counterpart, Erdogan.

Turning to the recent report in The Washington Postthat the Turkish government in 2012 has disclosed to Iranian intelligence authorities the identities of “up to 10 Iranians” working for Israeli spy agency Mossad, Lieberman wrote, “I am not surprised by Turkey’s accusation that Israel is behind the report, and I don’t even know if there was such a spy ring.”

The comments come as the Turkish-language daily Hurriyetreported that Turkey’s intelligence agencies believe that the report by The Washington Post, accusing Ankara of providing Iran with information about Mossad spies, was part of an Israeli campaign to discredit Turkish National Intelligence Organization head Hakan Fidan.

Turkish intelligence officials stated that Ankara sees “this media campaign as an attack and there might be an Israeli effort behind it.”

The Turkish authorities further noted that they believe it is Israel’s intent to besmirch Fidan’s reputation through media reports in order to discredit Turkey’s prime minister in the eyes of Washington.