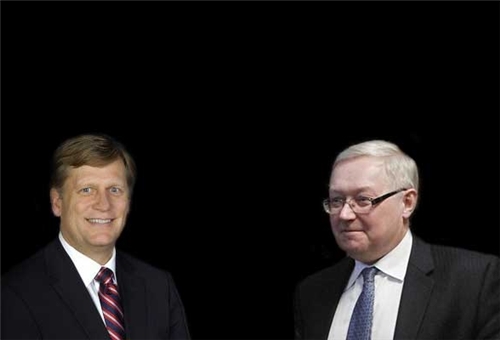 Russia calls for removal of western sanctions against Iran

TEHRAN (FNA)- Russian Deputy Foreign Minister Sergei Ryabcov termed Iran’s new proposal presented in the Geneva talks with the world powers as a positive approach which paves the ground for pursuance of diplomatic ways out of the nuclear standoff between the country and the West, and called for the removal of all the unilateral sanctions against Tehran in return.

Speaking at a meeting with US Ambassador to Russia Michael McFaul on Saturday, Ryabcov, who represented his country in Geneva talks, expressed his satisfaction with the results of the negotiations and the new proposals put forward by the Iranian side.

He underlined the need to lift the West’s unilateral sanctions on Iran, saying that as Iran puts its nuclear program under international control, the West has to lift all the sanctions it has imposed on the country.

On Wednesday, Iran and the G5+1 wrapped up two days of talks and agreed to meet again in the Swiss city of Geneva on November 7-8.