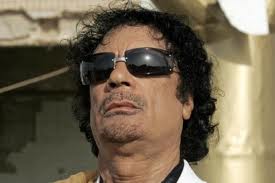 TEHRAN (Tasnim) – Muammar Gaddafi’s former military barracks and compound in Tripoli will be converted into a public park, the Libyan government announced.

Ikram Bash Imam, the country’s tourism minister, said on Saturday that the government has embarked on “preliminary works” in the development of the park in the infamous complex of Bab al-Azizya, or Spledid Gate, in the southern suburbs of the capital, AP reported.

“(Before Gaddafi’s rule) most of the area was already a park and it had been divided and a lot of trees had been removed as well,” Imam said.

“We are now trying to return this area to what it was before, especially because it’s in the middle of Tripoli city, so it will be a green area to be enjoyed by the people of Tripoli and guests,” she said.

The 6-square-kilometre base was originally built by King Idris, Libya’s ruler before Gaddafi, and boasted trappings of wealth well beyond the means of ordinary Libyans.

In the 1980s, Gaddafi reinforced and expanded the compound with the help of foreign contractors by installing an extensive network of underground tunnels that stretched into several districts of Tripoli.

The sprawling complex, which was a defining symbol of Gaddafi’s 40-year rule, was heavily damaged by NATO air strikes, and destroyed buildings and other debris from the fighting now occupy large areas of it.

“We found some buried rockets and we found some radioactive material that needed treatment. We brought in a group of military specialists for scanning and cleaning,” he said.

Some of the houses in the compound are now occupied by Tripoli residents whose homes were destroyed during the fighting. Many have repaired the damaged buildings by installing new doors and windows.

However, they do not officially own the buildings and many are now demanding that the state recognise their rights and help them to clear up the area, which has become a dumping ground for rubbish.

Zidan said that the government is trying to find homes for the people living in the destroyed compound.