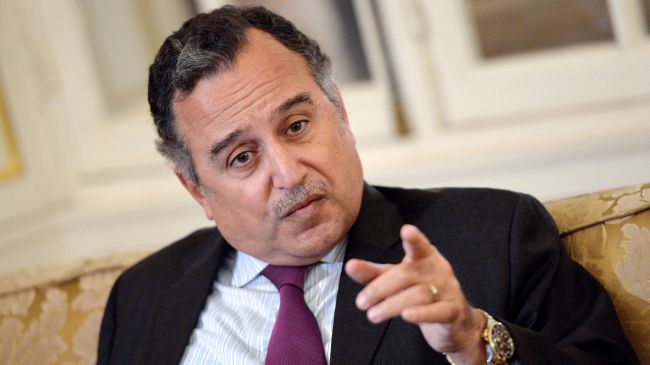 The Egyptian foreign minister made the remarks after his meeting with UN-Arab League Special Representative for Syria Lakhdar Brahimi in Cairo on Saturday.

Fahmy said Egypt backs no sides in the crisis and that the “sovereignty and unity” of Syria should be respected.

He added that Syrians should get a “free, democratic and respectful life.”

Meanwhile, Brahimi stated that there were “intense efforts from various parties internationally” to hold the Geneva II peace talks aimed at ending the turmoil. “Our hope is that the conference would be held.”

Brahimi, who is in Cairo for preparation for the Geneva talks, is due to meet with Arab League Secretary General Nabil al-Arabi on Sunday.

The Geneva 2 conference is seen as a chance to find a political solution to the crisis in Syria. The event has been delayed for months.

Russia and the United States have been pushing to bring the Syrian government and the opposition to the negotiating table.

The so-called Syrian National Council (SNC), which is the biggest bloc within the foreign-sponsored Syrian opposition coalition, has said that it would not join the forthcoming conference, and would quit the coalition if it partakes in the conference.

According to figures compiled by the United Nations, more than 100,000 people have been killed and millions displaced due to the turmoil in the country.