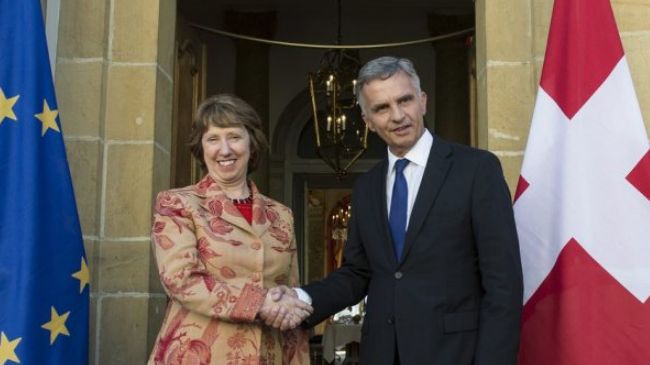 In a Saturday meeting the two officials discussed the latest negotiations held between Iran the six world powers over Tehran’s nuclear energy program in Geneva.

Both sides sounded an upbeat note following the meetings, where Iran tabled its proposals to end the nuclear standoff, and they agreed to meet again in Geneva on November 7-8.

Iranian Foreign Minister Mohammad Javad Zarif presented Iran’s proposal titled “Closing an Unnecessary Crisis, and Opening a New Horizon” to Ashton and the representatives of the six countries at the opening of the talks on Tuesday.

The two senior diplomats exchanged views on regional and international developments as well as Tehran-Bern relations.