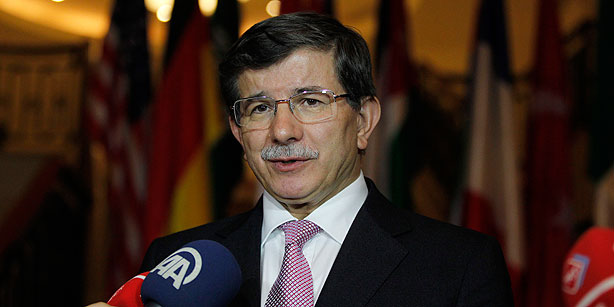 TEHRAN (FNA)- The Turkish newspaper Aydinlik Daily reported that Luftu Turkkan, a Member of the Parliament for Turkey’s MHP, has brought the claim that the Sarin that was used by foreign-backed terrorists in Syria to the agenda of Turkey’s Parliament.

Turkkan’s and the MHP’s initiative adds to the growing domestic and international pressure that is mounting against the AKP government of Turkey’s Prime Minister R. Tayyip Erdogan and Foreign Minister Davotoglu, for Turkey´s involvement in the unconventional and undeclared war against Syria, nsnbc reported.

The MHP and Turkkan claim, along with many others, that Turkey’s AKP government is giving militant groups connected to Al-Qaeda free reigns to operate in Turkey, writes Aydinlik Daily. Lüftü Türkkan has directed a number of questions to Foreign Minister Ahmed Davotoglu in parliament, stating among others:

“In the Tunisian press, it has been claimed that the materials used in the production of chemical weapons were taken by armed groups in Libya to Syria via Turkey; . … The claims include that the Ansar al-Sharia (Partisans of Sharia) organization has produced both mustard gas and sarin in Libya and brought it via Turkey to Syria.”

Aydinlik Daily reports that Türkkan then proceeded, asking a number of questions to Foreign Minister Ahmed Davotoglu, focusing among others on Turkey assisting the armed groups with transferring the chemicals to Syria via Turkey.

Türkkan asked Davotoglu whether the claims that the chemicals were transferred by armed groups from Libya via Turkey are true, and if they are true, Türkkan added, which justification is there for Turkey to provide such assistance to the armed groups. Türkkan continued, asking Davotoglu:

“Does Turkey have any kind of relationship with the organization named Ansar al-Sharia, and why was the sending of sarin and mustard gas by this organization first overlooked, and the permission only denied in September? . … While the question of who carried out the chemical weapons attack in Syria occupies world public opinion, is Turkey trying to mediate the procurement of chemical weapons to the Syrian opposition?”.

Several investigations have documented that Turkey, along with Jordan is a main hub for the delivery of both weapons and troops to the terrorist or mercenaries in Syria. Only recently, Turkey attracted additional international attention when the Tunisian government complained that young Tunisian girls who were kidnapped to be sent as sex slaves for the terrorists in Syria were being trafficked through Turkey.

The MHP and Türkkan’s questions to Foreign Minister Davotoglu come nine days after political analyst and nsnbc international editor, Christof Lehmann, who has been following the development of the situation in Syria closely since 2011, published an analysis that places the political and command responsibility for the chemical weapons attack in Eastern Ghouta, Damascus on 21 August, directly at the highest level of the White House, the Pentagon, the CIA and the Saudi Interior Ministry.

The discussion that was sponsored in Turkey’s parliament by MHP MP Türkkan could initiate a process that ultimately also places direct political and command responsibility for war crimes committed in Syria among top government and military officials in Turkey.