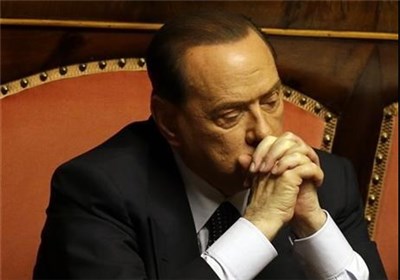 TEHRAN (Tasnim) – An Italian appeals court on Saturday began a hearing to determine the duration of a parliament ban for scandal-tainted former prime minister Silvio Berlusconi as part of a tax fraud ruling.

The supreme court on August 1 turned down Berlusconi’s second and final appeal in the case but said another court should decide on a ban from parliament of between one and three years.

Italian media said the Milan court case may last one or two hearings and would complete Berlusconi’s definitive conviction — his first ever in a long history of legal troubles.

The 77-year-old is not expected in court, AFP reported.

Whatever the length of the ban for Berlusconi, it would end up temporarily stripping him of the right to vote and run for re-election — although the Senate will have to vote on when that happens.

The case revolved around Berlusconi’s media empire and included a prison sentence of four years that was immediately commuted to one year because of an amnesty rule in place and will be served as house arrest or community service because of his age.