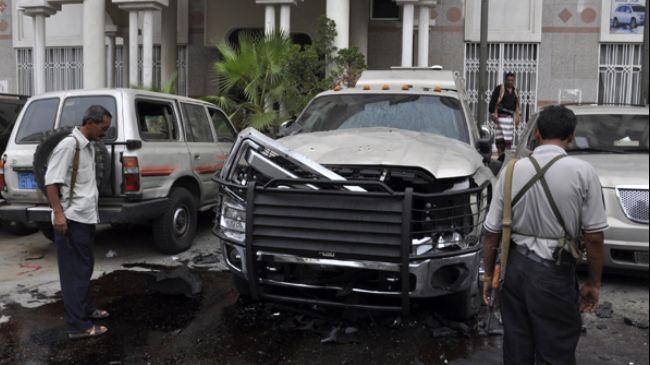 More than a dozen soldiers have been killed and a number of others wounded in a bomb attack carried out in Yemen’s southern province of Abyan.

Yemeni security officials reported that a car bomb went off in the command center of Yemen’s 111th Brigade in the Ahwar region, killing 15 soldiers on Friday.

According to the sources, the brigade’s commander was seriously injured in the explosion.

No group has claimed responsibility for the explosion so far.

On Thursday, eight Yemeni soldiers died and dozens of others wounded in a similar attack by al-Qaeda-linked militants on a security base in the southwestern province of al-Bayda.

Assaults against Yemeni military personnel have been on the rise over the past months. Officials in Yemen blame the attacks on al-Qaeda militants operating in the Arabian Peninsula. Shabwa Province is a stronghold of the militant group.