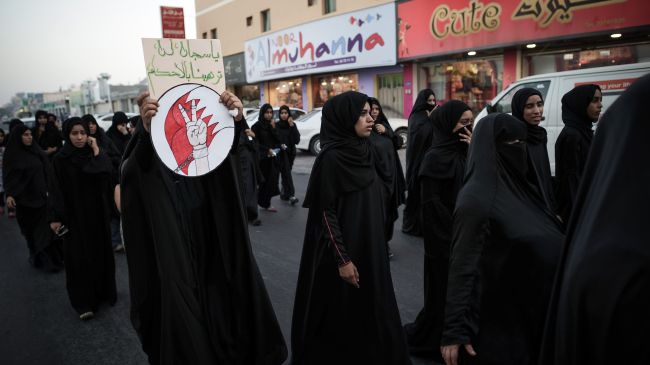 A political analyst has dismissed Western media’s purposeful ignoring of Bahrain’s situation as unjustifiable, describing it as part of a “hidden agenda” to turn a blind eye to the miseries of the Bahraini people, Press TV reports.

“There is a total blackout in the Western media on what is going on in Bahrain,” Saeed Shehabi, with the Bahrain Freedom Movement, said on Wednesday.

“I believe that there is hidden agenda” with Western media which are totally ignoring the plight of the Bahrainis while concentrating on other places of interest to them,” he added, stressing that such policy “cannot be excused or understood.”

The analyst went on to say that the Bahrainis have been persistent in their daily protests, which is indicative of their determination to get a political change in their country by themselves, without relying on the US and the West to change the situation.

“The only thing they are asking the West to do is not to side, not to support, not to continue giving military and security support to this defunct regime,” he added.

Bahrainis have been staging demonstrations since mid-February 2011, calling for political reforms and a constitutional monarchy, a demand that later changed to an outright call for the ouster of the ruling Al Khalifa family following its brutal crackdown on popular protests.

Scores have been killed, many of them under torture, while in custody, and thousands more detained since the popular uprising in the Persian Gulf kingdom.

Protesters say they will continue to hold anti-regime demonstrations until their demand for the establishment of a democratically-elected government and an end to rights violations are met.