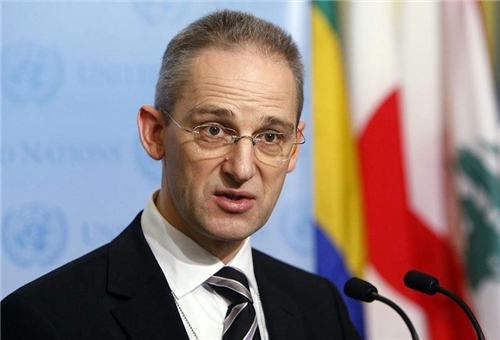 TEHRAN (FNA)- The UN reaffirmed its support for Iran’s presence in the Geneva II Conference in a bid to help put an end to the Syrian crisis.

He underlined that Ban Ki-moon and Brahimi have repeatedly underscored importance of Iran’s presence in the upcoming meeting of Geneva II, because the UN considers Iran’s participation in the Geneva meeting useful and constructive in solving the Syrian

Earlier this month, Iranian Foreign Ministry Spokeswoman Marziyeh Afkham said Iran would not accept any prerequisite for participating in the upcoming Geneva II talks on Syria.

The United States said earlier this month that it would be more open to Iran’s taking part in a long-delayed peace conference on Syria if Iran publicly backed a 2012 statement calling for a transitional government in Syria.

Despite Washington’s stance, Russia, China, Syria, Ban Ki-moon, Brahimi and an array of other regional and international actors influential on the Syrian crisis settlement issue have all demanded Iran’s partaking in the Geneva II conference. In the latest instance of such demands, UN Undersecretary General Jeffrey D. Feltman earlier this month underscored Iran’s vital role in the settlement of disputes in the region, and called for Tehran’s participation in the International Geneva II Peace Conference on crisis-hit Syria.

“It is hard for me to imagine having a solution in Syria that works if Iran isn’t somehow engaged and involved in this,” Jeffrey Feltman said.