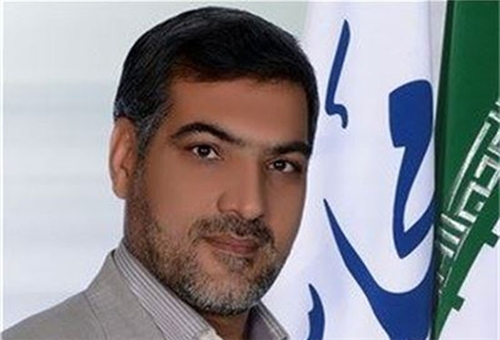 TEHRAN (FNA)- A ranking Iranian lawmaker said that the world powers have not been trustworthy so far, and reiterated that acceptance of the Additional Protocol to the Non-Proliferation Treaty (NPT) by Iran depends on the extent of the confidence building measures which will be taken by the West.

“As the Supreme Leader of the Islamic Revolution Ayatollah Seyed Ali Khamenei has many times pointed out in his statements, the westerners and their agreements cannot be trusted, hence the Additional Protocol will only be accepted if specific steps are taken by the West in a bid to give assurances to Iran,” member of the Presiding Board of the Iranian Parliament Seyed Baqer Hosseini told FNA on Wednesday.

The senior legislator reiterated that while the world powers are pursuing their specific goals in their nuclear standoff with Iran, Tehran should not be the first one to take the confidence building measures.

“Our (nuclear) activities have not faced any problem until now and all of them have been within the framework of the International Atomic Energy Agency and inspected by IAEA inspectors,” Hosseini added.

Earlier today, member of the Iranian Parliament’s National Security and Foreign Policy Commission Hassan Kamran announced that the Iranian lawmakers are going to study the Additional Protocol to the NPT on Sunday, and reiterated that any acceptance of the protocol needs the parliament’s approval.

Also today, Presiding Board member of the parliament’s National Security and Foreign Policy Commission Mohammad Hassan Asafari underlined that accepting the Additional Protocol should take place after the world powers recognize all the nuclear rights of the Iranian nation.

“Accepting the Additional Protocol depends on the recognition of all the nuclear rights of the Iranian nation, including (uranium) enrichment by the world powers,” Asafari told FNA.

He reiterated that Iran has transparent criteria in its talks with the western powers which include protection of the inalienable right of the Iranian nation to use the nuclear energy and uranium enrichment.

“Acceptance of the Additional Protocol needs the parliament’s approval and if the talks take place within this framework and the Iranian nation’s rights are respected, this can be studied,” Asafari said.

Yesterday, Asafari announced that the parliament’s National Security and Foreign Policy Commission would review the outcome of the talks between Iran and the six world powers in its upcoming session on Sunday.

“In this session the subjects and topics discussed in the negotiations will go under precise study,” Asafari told FNA, and added, “Supervision over the performance of the country’s diplomatic apparatus is a duty of the parliament and its National Security and Foreign Policy Commission.”

The additional protocol was created following the discovery of clandestine nuclear weapons programs in Iraq and North Korea during the 1990s. Countries conclude specific additional protocols to supplement their IAEA safeguards arrangement.

For the Additional Protocol to be enforced in any country, it needs the approval of both the government and the parliament of that country.

In addition to those which have basically rejected endorsement of the NPT, most signatories to the NPT have also defied accepting the agreement. Accepting the protocol is a voluntary, and not compulsory, decision.