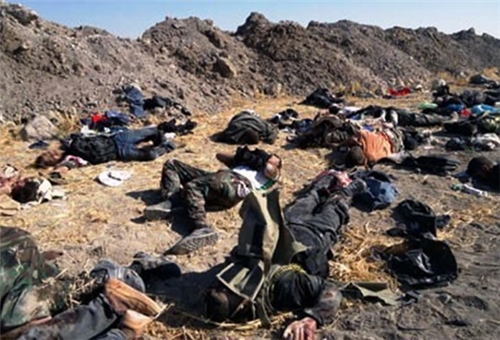 Two days of heavy clashes between Kurdish fighters and al-Qaeda-linked militants in northeast Syria have left over 40 dead on both sides.

According to the so-called Syrian Observatory for Human Rights, the violent clashes between Kurds and militants in the northeastern province of Hasake have left at least 41 people dead on both sides.

Most of the fatalities are from the al-Qaeda-affiliated groups, the Islamic State of Iraq and the Levant (ISIL) and the al-Nusra Front, it said.

There was no word on when exactly the clashes occurred. But the group said Kurdish fighters from several villages in the province are currently engaged in intense fighting against the foreign-sponsored militants.

Most Kurdish-dominated regions in Syria have been the scene of clashes with the militants for the past months.

According to the UN, more than 100,000 people have been killed and millions displaced due to the violence.

The UN said earlier that more than four million other Syrians will be forced out of their homes in 2014 by the escalating conflict in the country.