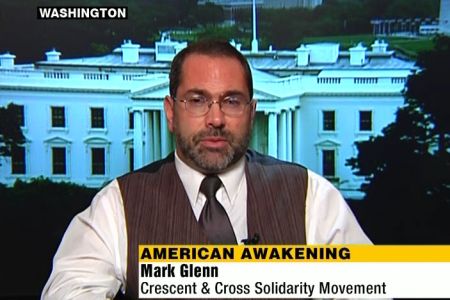 Only Iran can bring order to Mideast: Analyst

Iran is the only player in the Middle East that is capable of bringing order to the region, and the Israeli regime’s anti-Iran attempts are rooted in the same fact, a political analyst tells Press TV.

“The Iranian nuclear issue is just a red herring. If there were no Iranian nuclear program, Netanyahu would still be calling for sanctions and for the eventual destruction of Iran for the simple reason that Iran is the one player in the Middle East who can bring order to an otherwise chaotic situation,” Mark Glenn told Press TV on Tuesday.

The political analyst said the pro-Israeli groups in the US are mounting pressure on the White House and Congress to prevent the easing of sanctions against Iran.

In a letter to US President Barack Obama on Monday, a bipartisan group of senators said they would be ready to suspend the new round of sanctions against Iran if Tehran suspended its enrichment program.

The letter, however, stressed that while a new round of nuclear talks was underway, the threat of military force remained on the table and called on Obama to put more pressure on Iran through existing sanctions.

The United States, Israel and some of their allies have repeatedly accused Iran of pursuing non-civilian objectives in its nuclear energy program, with Washington and Tel Aviv repeatedly threatening Tehran with the possibility of a military attack.

Iran rejects the allegation against its nuclear energy program.

Meanwhile, Israel is widely believed to be the only possessor of nuclear weapons in the Middle East, with estimated 200-400 nuclear warheads.