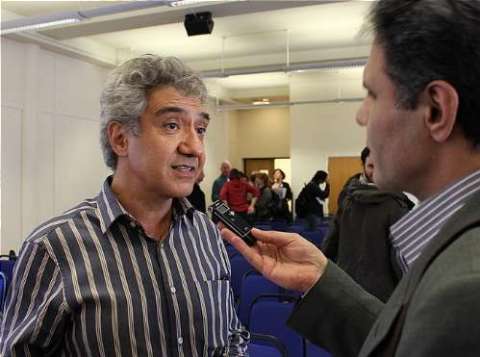 London, Oct 15, IRNA – A professor with Imperial College in London Abbas Edalatsaid the ongoing round of talks between Iran and the G5+1 stand a better chance of success given the present regional and international developments.

Talking to IRNA, he said one major precondition for the success of talks is that the West and the US in particular prove their good intentions and respect Iran’s nuclear rights.

The professor who is the founder and manager of the international non-governmental organization to fight sanctions and military intervention in Iran referred to the result of the recent presidential election in Iran, the objection of a majority of the British Members of Parliament to the contribution of the UK army to any possible military operations against Iran and the recent visit of the Iranian President Hassan Rouhani to New York as some of these developments.

Describing Iran’s new package of proposals offered to the G5+1 as realistic and operational which enjoys a clear cut timetable and distinct opening and closing points, he said it focuses on such important issues as transparency and removing certain concerns of the western countries and also lifting of sanctions while Iran’s right to nuclear technology including uranium enrichment inside the country is totally recognized.

He said approaching the present round of talks from a new perspective shows that the core essence of the negotiations has not changed because Iran’s principles including its right to enrichment is not negotiable.

The professor noted that the US and other western countries stuck in a quagmire in Iraq, Afghanistan, Syria and .. are under pressure from the public opinion so they are seeking ways to settle the issue with Iran in an honorable way through political talks.