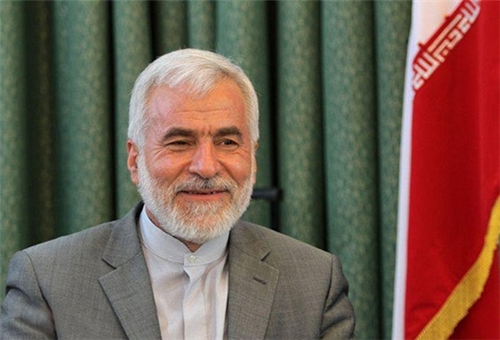 TEHRAN (FNA)- A senior Iranian legislator called on the country’s team of negotiators to prioritize reestablishment of a SWIFT link between Iran and the western countries’ banks in their talks with the six world powers.

Iran and the world powers held a meeting on the sidelines of the UN General Assembly session in New York in September and are due to meet again in Geneva on October 15-16.

“We as nation’s representatives at the parliament demand (Foreign Minister Mohammad Javad) Zarif and his accompanying team to try to remove sanctions on Iran’s financial sector by reconnecting the SWIFT (the financial messaging provider for more than 10,000 banking organizations, securities institutions and corporate customers) line,” member of the parliament’s National Security and Foreign Policy Commission Avaz Heidarpour told FNA on Monday.

Emphasizing the importance of SWIFT line as an international interbank communication system, he said, “If sanctions are removed, Iran’s trade and economy market will flourish again and financial activities will be facilitated inside Iran.”

Last month, Managing-Director of Iran’s Tose-e Saderat (Exports Development) Bank Bahman Vakili announced that his bank was about to start talks with EU bank officials to reestablish the SWIFT link between the two sides as soon as the EU court upheld its initial ruling for the removal of the sanctions against the Bank.

“We will negotiate with them on the reestablishment of SWIFT connections after the EU court issues its final verdict,” Vakili told reporters in Tehran in September.

He said his Bank was now waiting for the EU court’s final verdict after it ruled in favor of Tose-e Saderat Bank in its initial ruling and called on the European countries to provide it with strong evidence to substantiate their claim that the Bank had acted against the international laws and helped Iran’s peaceful nuclear program.

“The EU failed to present any strong evidence against the Bank to the court. The court, subsequently, ruled for the annulment of sanctions against the Tose-e Saderat Bank and provided the EU with a 60-day and a subsequent 10-day deadlines to protest at the verdict,” Vakili said, adding that since the EU members seemed to have no corroborative evidence to substantiate their claims against the Bank, the court’s final verdict would certainly be issued in favor of the Tose-e Saderat Bank, similar to what happened to Iran’s Bank Mellat earlier this year.

The European Court of Justice in Luxembourg ruled that there was not sufficient evidence to justify the unilateral sanctions imposed by the bloc on the Iranian entities.

Late in January, Managing-Director of Bank Mellat (the largest private bank in Iran) Ali Divandari announced that his bank had been removed from the EU’s sanctions list.

“After two and a half years of intensive legal work to remove the sanctions, the court declared a ruling in support of Bank Mellat,” Divandari said.

In August 2012, the Council of the EU reversed its decision for imposing sanctions against Divandari after the latter party filed a complaint at international bodies and sued the EU over its illegal action.

A London-based Indian solicitor firm Zaiwalla & Co solicitor represented Divandari’s case in the European Court of Justice to challenge the legality of the sanctions.

The EU Council had listed Dr. Divandari in the designated list in July 2010 on the basis that it was a legitimate part of its regime of sanctions designed to stop Iranian nuclear program. He was at the time Chairman of Bank Mellat.

The Council had designated the Bank Mellat and it considered it to be involved in Iran’s attempts to develop a nuclear program and then went a step further, said Zaiwalla, by deciding to personally designate the Bank’s chairperson too on the basis of his job title.

Both the bank and Dr. Divandari challenged the sanctions in the European Courts. After a long process, both were finally given a hearing before the General Court of the European Union in May 2012. Both parties presented their cases and argued that it was not lawful to impose sanctions against private sector institutions or their employees. Iran’s private sector has no role to play in the acts of the Iranian state, they argued.