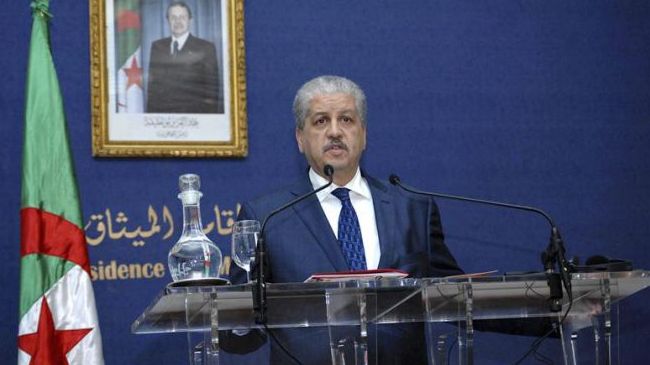 Algerian Prime Minister Abdelmalek Sellal has praised Iran as a country with a rich historical background and an ancient civilization, noting that the Islamic Republic helps improve the stability and power balance in the Middle East.

In a meeting with the Chairman of Iran’s Majlis National Security and Foreign Policy Committee Alaeddin Boroujerdi in Algiers on Monday evening, Sellal termed Algeria-Iran relations as cordial and stated that Iran, as a regional power, can play an important role in maintaining the stability of the Middle East.

He expressed interest in the enhancement of all-out ties between the two countries, calling for broader Algiers-Tehran regional cooperation and convergence on finding a peaceful solution to the Syrian crisis.

Sellal described Algeria’s stance towards Iran as brotherly and friendly, adding that regional and international cooperation between Iran and Algeria is aimed at the resolution of regional disputes.

The Algerian prime minister stressed that peaceful use of nuclear energy is among the Iranian nation’s legitimate rights.

Boroujerdi, for his part, lauded Algeria’s principled stances towards Iran and the Muslim world.

The senior Iranian legislator also elaborated on the ongoing developments in Palestine and Syria, asking for Algeria’s help in formulating political solutions to regional conflicts, and preventing foreign interference and terrorist acts in Muslim countries.

Saleh lauded growing relations between Algeria and Iran, stressing that the Algerian parliament and government welcome closer ties with Tehran.

Boroujerdi, for his part, called on the Algerian authorities to resolve the problems in the field of economic cooperation between the two countries.

Boroujerdi, who traveled to Algeria on Saturday at the head of a parliamentary delegation, met with Speaker of the Algerian National People’s Assembly Mohammed Al-Arabi Ould Khalifa on Sunday.

The two officials exchanged views on ways to strengthen mutual ties in parliamentary, economic, and political fields, as well as Iran’s nuclear energy program and the latest regional and global developments.