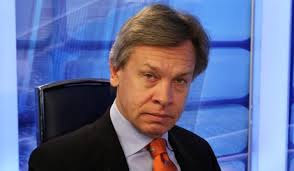 The chairman of the Russian State Duma Committee on Foreign Affairs says the refusal by the foreign-backed Syrian opposition to take part in Geneva 2 conference shows that ‘several countries’ seek to disrupt the upcoming event.

“Several countries are hoping to disrupt Geneva II. Hence of the refusal by the Syrian National Council – which is part of the opposition – to take part in it. There will be more attempts,” Alexei Pushkov wrote in his Twitter microblog on Monday.

On Sunday, a key group within the so-called Syrian National Coalition said it would shun the proposed peace talks in Geneva, and would withdraw from the opposition coalition if it took part in the conference.

George Sabra, the president of the Syrian National Coalition, said, “We will not participate in a conference that is intended to hide the failure of international politics.”

Russia and the United States have been pushing to bring the Syrian government and the opposition to the negotiating table.

The Geneva 2 conference is seen as a chance to find a political solution to the ongoing crisis in Syria. The event has been delayed for months, but Moscow and Washington are now trying to fix a date for it in mid-November.

Pushkov also stated on his Twitter post that the Syrian opposition is “fully dependent on outside support.”

“The interests and plans of its sponsors are behind all its steps,” the Russian official added.

Over two years of foreign-sponsored militancy in Syria has taken its toll on the lives of more than 100,000 people, according to figures by the UN.