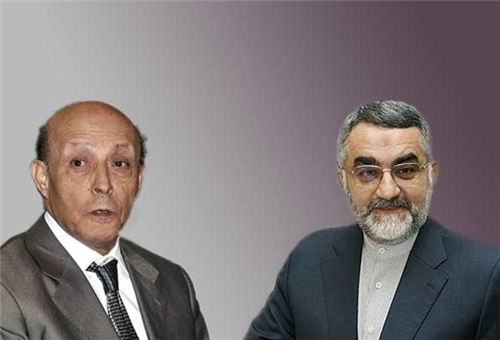 TEHRAN (FNA)- Senior Iranian and Algerian lawmakers, in a meeting in Algiers, discussed ways of utilizing both countries’ potentials and capacities to further expand mutual cooperation in all fields between the two friendly nations.

During the meeting, the Algerian speaker pointed to good political and parliamentary relations between Tehran and Algiers, and said the senior officials of both sides are determined to enhance bilateral relations.

He lauded Iran and Algeria cooperation on the political issues of the region and the world, describing the two states as Muslim and revolutionary.

Boroujerdi, for his part, said Iran and Algeria share a close stance on regional and international developments.

The senior Iranian legislator called on the both countries’ economic activists to take steps for removing of obstacles in the way of the expansion of bilateral ties, and urged them to hold high economic meetings between Iran and Algeria as soon as possible.

Early in August, Vice-Speaker of the Iranian Parliament for Executive Affairs Ali Afrashteh and Secretary General of the Council of the Nation (Senate) of Algeria Hafnaoui Amrani asked for the expansion of all-out cooperation between the two Muslim nations.

At the meeting in Tehran, Amrani praised the growing relations between the two countries, and stressed that the Algerian parliament and government welcome enhancement of ties with Iran.

He also called for constant interactions between Algerian and Iranian parliamentary officials, and expressed hope that Algiers and Tehran exchange their legislative expertise.

Afrashteh, for his part, pointed to the numerous affinities between Iran and Algeria and stated that expansion of friendly ties with Algeria is among the priorities of the Iranian parliament.

Afrashteh also described parliamentary cooperation between Iran and Algeria in the international arena, especially in the Islamic Inter-Parliamentary Union, as an important factor in the enhancement of relations between the two countries.