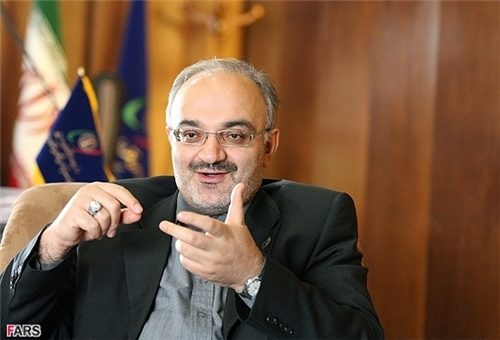 Iran ready to become a member of BRICS Fund

Tehran, Oct 13, IRNA – Deputy Minister of Economic Affairs and Finance, Behrouz Alishiri said on Sunday the Islamic Republic of Iran is ready to become a member of BRICS Fund.

Alishiri made the remarks on the sideline of International Monetary Fund (IMF) and World Bank (WB) 2013 annual meetings in Washington.

Iran will support the BRICS, he said.

BRICS is the acronym for an association of five major emerging national economies: Brazil, Russia, India, China and South Africa.

The grouping was originally known as BRIC before the inclusion of South Africa in 2010.

The BRICS members are all developing or newly industrialized countries, but they are distinguished by their large, fast-growing economies and significant influence on regional and global affairs; all five are G-20 members.

As of 2013, the five BRICS countries represent almost three billion people, with a combined nominal GDP of US$16.039 trillion, and an estimated US$4 trillion in combined foreign reserves.

Presently, South Africa holds the chair of the BRICS group.