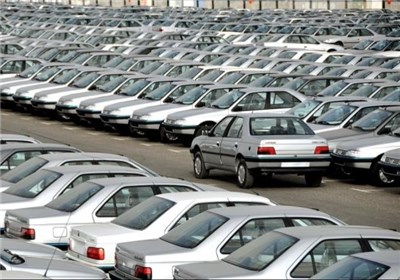 Iran exports $2.6 million worth of cars to Azerbaijan in 6 months

TEHRAN (Tasnim) – An economic adviser to the Iranian embassy in Baku said the Islamic Republic has exported 301 cars to neighboring Azerbaijan in the first six months of the current Iranian year (started on March 21).

Seyed Faraj Shahidi told Tasnim News Agency on Saturday that Iran has exported 301 cars worth $2.6 million to the Republic of Azerbaijan in the first six months of the current Iranian year.

He also noted that during the said period, Iran exported $285 million of non-oil goods to Azerbaijan, with cement, iron ore, float glass, tiles, as well as agricultural products accounting for most of the exports.

According to Shahidi, Iran also imported some $11 million of products from Azerbaijan during the same period.

The economic adviser’s remarks came after Azerbaijan’s Trend news agency earlier quoted him as saying that 301 cars with the overall value of $654,000 were exported from Iran to Azerbaijan during the first half of the Iranian year.

Trend also said that about $274 million worth of non-oil products were exported from Iran to Azerbaijan in that period, compared to $285 million figure announced by Shahidi.