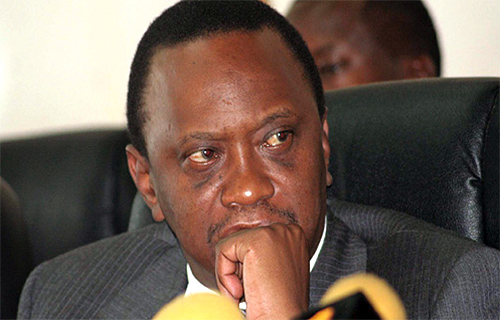 The African Union (AU) has given the International Criminal Court (ICC) ultimatum to halt the case of Kenyan President Uhuru Kenyatta, who is charged with crimes against humanity.

Following a special summit in Addis Ababa on Saturday, Ethiopian Foreign Minister Tedros Adhanom Ghebreyesus said the African leaders had decided that Kenyatta should not appear before the court if The Hague did not respond to the request for his case to be adjourned.

Ghebreyesus stressed that Kenyatta was the legitimate winner of the disputed 2007 election and he should stay to lead Kenya.

The Ethiopian minister did not say if a mass pullout of African nations from the ICC was discussed at the Saturday’s special meeting, but said it could be an option in the future if the AU’s requests were not met.

African countries account for 34 of the 122 parties to have ratified the ICC’s founding treaty, and an African withdrawal from the court could seriously undermine the institution.

Kenyatta and his deputy, William Ruto, have been charged by the ICC with war crimes in a violent ethnic campaign that killed at least 1,100 and displaced more than 600,000 after the country’s 2007 presidential elections.

Meanwhile, the Kenyan president hit back at the ICC for acting as “the toy of declining imperial powers” which “performs on the cue of European and American governments against the sovereignty of African States and peoples.”

“Africa is not a third-rate territory of second-class peoples. We are not a project, or experiment of outsiders,” he went on to say.

Kenyatta’s trial is due to start in The Hague on November 12.

The Hague could issue an arrest warrant for the leader of Kenya if he fails to turn up for any of the hearings, facing the East African nation with the risk of diplomatic isolation.