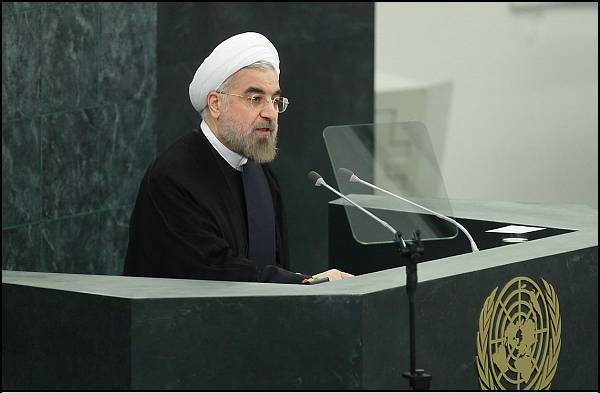 Islamabad, Oct 12, IRNA – A Pakistani political leader on Saturday said that Iranian President Hassan Rouhani’s successful visit to the United Nations (UN) carried out under the directions of the Supreme Leader of the Islamic Revolution Ayatollah Ali Khamenei, is a matter of pride for the whole Muslim world.

Talking to IRNA Chief of Jamiat Ulema-e-Islam (JUI-S) Maulana Samiul Haq said that Iranian President courageously presented his points of view to the world in his UN speech.

The Chairman of Defence Council of Pakistan (DCP) expressing his views said that Iranian President has rightly suggested to the world to form an international alliance to curb violence.

The politician went on to say that Iran is a peace loving country that is why President Rouhani in his UN speech had expressed the resolve to solve all issues with West through dialogue including Iran’s nuclear issue.

Maulana Samiul Haq said that Iran’s Supreme Leader Ayatollah Ali Khamenei has wisely said that heroic flexibility is sometimes necessary in diplomacy adding that President Rouhani has followed the direction of the Supreme Leader in letter and spirit in his UN visit.

The politician said that the Iranian nation has trusted Hassan Rouhani in the presidential elections and now he is presenting their points of view to the world.

He said that Iran-US relations are very good for the world peace. Former Senator viewed that the Zionist Regime is against the relationship between Iran and US.

Maulana Samiul Haq asked the US to stop supporting the illegitimate state as it very dangerous for the peace of world.