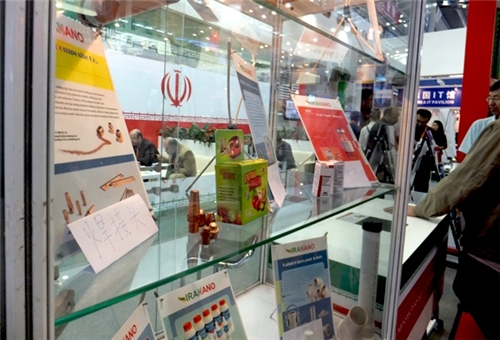 TEHRAN (FNA)- Representatives of the D-8 (Eight Muslim Developing Countries) member states visited Iran to participate in the First High Council Meeting of the D-8 TTEN (Technology Transfer and Exchange Network) and visit Iran Nano 2013 where the country’s achievements in the field of nanotechnology are presented.

After visiting Iran Nano 2013, the members of the group put emphasis on the qualitative improvement in the festival in comparison with the festivals in previous years. Members of the D-8 Group also visited Innovation Stall in the festival, and they became familiar with the Iranian authorities’ plans to commercialize technological products. They also visited Nano Club, and Iran’s activities were presented to them to improve the quality of students in the field of nanotechnology.

The Islamic Republic of Iran, Turkey, Pakistan, Bangladesh, Indonesia, Malaysia, Egypt and Nigeria are the member countries of the D-8 group. The D-8 Group is a group of Islamic countries that are developing. This group is in fact a type of regional treaty, which has been formed to strengthen economic relations between the Islamic developing countries, and to increase the influence of these countries on the global market.