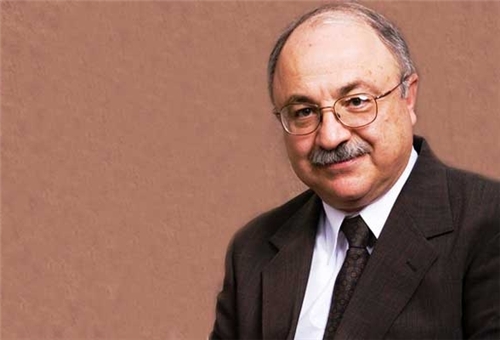 Prof. Nader Entesaar believes that President Rouhani’s outreach to the world is a remarkable step in finding a comprehensive and viable solution to Iran’s nuclear standoff, but the Israeli regime is angry at these overtures and will not welcome any rapprochement or détente between Iran and the West.

“Netanyahu’s UN speech was vacuous and vituperative… Any US-Iran rapprochement will not be welcomed by Israeli hawks who see international relations as a zero-sum game. For this reason, they are not happy with the prospector of even the slightest thaw in US-Iran relations, and they view it as a threat to their “you are with us or against us” hegemonic mentality,” Prof. Entesaar said in an interview with Fars News Agency.

Nader Entessar is Professor and Chair of the Department of Political Science and Criminal Justice at the University of South Alabama. He is the author of more than 70 articles and book chapters in scholarly publications and has published six books. Dr. Entessar’s latest publications are “Kurdish Politics in the Middle East” and “Iran’s Northern Exposure: Foreign Policy Challenges in Eurasia.”

What follows is the text of FNA’s interview with Prof. Entesaar on the recent developments in the course of Iran-West relations, especially following President Hassan Rouhani’s visit to New York to attend the 68th session of the UN General Assembly.

Q: Dr. Entesaar; what do you think about President Rouhani and Foreign Minister Mohammad Javad Zarif’s diplomatic offensive at the UN? They met tens of world leaders and top diplomats and talked of Iran’s decisiveness and resolve to find a solution for the nuclear standoff in a limited time-frame. Their outreach was welcomed by the international community. Will they succeed in realizing this goal and solve the nuclear controversy in a timely manner?

A: In the brief period they were in New York, both President Rouhani and Foreign Minister Zarif did a masterful job of presenting Iran’s foreign policy objectives. They both reiterated Iran’s goal of finding a peaceful solution to the nuclear impasse within a reasonably short time frame. Iran’s outreach was welcomed by the international community, even by some who had previously taken a hostile stance vis-à-vis Iran. Of course, for any negotiation to succeed, goodwill must be displayed by both sides. Notwithstanding some positive statements by US officials in recent days, some negative remarks have also been uttered by top US officials.

For example, after her October 3, 2013 testimony before the US Senate Committee on Foreign Relations, Wendy Sherman, Assistant Secretary of State made some damaging remarks about the Iranians. During the Q & A session following her prepared testimony, Ms. Sherman made the following answer to a question from Senator Robert Menendez (D-NJ), Chair of the Senate Foreign Relations Committee: “So since we know they’re continuing with their nuclear program and because of the history that you point out, when Rouhani was the chief negotiator, 2003 to 2005, we know that deception is part of the DNA, we want to make sure that we can put some time on the clock for those comprehensive negotiations.” Since Ms. Sherman will most likely be the chief US negotiator in the upcoming 5+1 talks with Iran, her uncouth and offensive remarks about “Iran’s DNA” do not auger well for what Washington’s intentions are vis-à-vis Iran in the upcoming nuclear talks.

A: As you mentioned, there are different types of sanctions that have been imposed on Iran. Those imposed by EU are perhaps easier to remove than the ones imposed by the United States. The mechanisms involved in changing EU’s policies in this regard are not as cumbersome as those of the US. Of course, removal of sanctions is not easy in either case, but working through EU and with key EU countries present the best hope for President Rouhani’s stated goal of ending sanctions on Iran.

The US sanctions fall into different categories, ranging from those imposed by executive orders to those imposed by legislative actions. The latter category is most difficult to remove because they require passage of new legislation by US Congress. In today’s political climate in Washington, this is a near hopeless goal. Similarly, removal of sanctions imposed by the UNSC requires the unanimous consent of that body’s five permanent members. Again, this will be difficult to achieve in the short time period given the current US stance.

Q: President Rouhani’s speech to the UN General Assembly dazzled the international community and attracted widespread attention. He conveyed the message of peace and friendship by the Iranian people to the world, and as he had promised, presented Iran’s true image to the world. What impacts can his speech and his conciliatory, moderate tone have on the future of Iran’s foreign relations?

A: President Rouhani’s speech resonated positively with the international community and it could go a long way in paving the road for improving Iran’s foreign relations, especially with neighboring states and key regional and global players. Of course, other countries need to reciprocate President Rouhani’s goodwill gesture. I am hopeful that in not too distant future, we will witness the fruits of Iran’s new approach in transforming the country’s foreign relations.

Q: As he was leaving New York, President Rouhani received a phone call from the US President Barack Obama. The phone conversation was the first direct talk between the leaders of the two countries in more than three decades. Can we consider the phone talk a sign that the ice of diplomatic relations between Iran and the United States is melting and that the two countries are taking steps to settle the disputes and find a solution to their differences?

A: If the phone call is followed by concrete actions, then we could look at the Obama-Rouhani phone call as a seminal event in the history of international relations in the twenty-first century. I was disappointed that shortly after his phone conversation with President Rouhani, President Obama once again reverted to his old habit when he used the phrase “all options are on the table” in his conversations with Israeli Prime Minister Benjamin Netanyahu.

Q: Israeli Prime Minister Benjamin Netanyahu was immensely angry at President Rouhani’s speech to the UN and asked the United States to abandon diplomacy with Iran. Some political analysts believe that Israel will suffer a lot and be a great loser if Iran and the United States find a solution to the nuclear standoff. What do you think about that? Why the Israeli hawks and extremists are irritated at Iran-US rapprochement?

A: Netanyahu’s UN speech was vacuous and vituperative, and it was the low point of this year’s speeches at the UN General Assembly by the leaders of the UN member states. Any US-Iran rapprochement will not be welcomed by Israeli hawks who see international relations as a zero-sum game. For this reason, they are not happy with the prospector of even the slightest thaw in US-Iran relations, and they view it as a threat to their “you are with us or against us” hegemonic mentality. I have no doubt that the Israeli hawks, including Netanyahu, will use all levers at their disposal to derail President Rouhani’s overtures to the West, in general, and to the United States, in particular.

Q: Iran has announced that it’s ready to adopt confidence-building measures and show more transparency in its nuclear activities. This is the first step that Iran has willingly taken. What should the United States and its European allies do to reciprocate Iran’s goodwill gesture? Do you think that they are ready to lift the sanctions, or at least part of them for the recommencement of talks with Iran?

A: As I indicated in my answer to a previous question, it is easier for the EU to take steps in sanctions relief than it is for the United States. So, I believe that the reciprocation should come from the EU. They can do a lot more than the US is capable of doing in this regard, given the toxic political atmosphere that exists in the United States today. The best one can hope from the US is easing some minimal sanctions, but Washington can help the process by not publicly opposing sanctions relief that may come from its EU partners or other countries. In other words, we can realistically only hope for a passive US approach if it chooses to reciprocate Iran’s goodwill gesture and confidence-building measures.

Q: Will a possible nuclear deal between Iran and the United States contribute to the resolution of other problems and crises in the region, including the three-year-long unrest in Syria? Once they find an answer to the nuclear standoff, Iran and the United States can work together to address the question of Syria, and then try to make peace and stability return to Iraq and Afghanistan. What’s your take on that?

A: Any nuclear deal between Iran and the US is certainly the first necessary step that will pave the way for tackling other regional crises. However, we should not view such a deal as a panacea for the problems one finds today in places like Syria, Iraq and Afghanistan. That said, there is no denying that Iran has significant leverage in these countries and US-Iran cooperation can go a long way in ameliorating the aforementioned crises. But without a nuclear deal, such cooperation is either impossible or will be ephemeral. There are several areas of potential cooperation between Tehran and Washington that can be explored in the absence of a nuclear standoff.

Q: Will the neo-cons and the fanatic elements of the Zionist lobby in the United States allow the rapprochement between Tehran and Washington to work? Recent statements by President Obama that all options are still on the table with regard to Iran’s nuclear program, including a military option, were apparently made under the Israeli pressure. Will Israel finally succeed in hampering the Iran-US talks?

A: When it comes to Iran, the neo-con lobby is a bipartisan one that unites the Democrats and the Republicans. Although the neo-cons have presence in several sectors of the US government, their center of gravity is in US Congress. Given the make-up of US Congress today, it is not easy to imagine how this body can play a constructive role in any US-Iran rapprochement. On the contrary, I foresee US Congress serving as the most formidable obstacle to peace. Of course, with strong presidential leadership, congressional opposition to foreign policy steps can be weakened, as was the case with Nixon’s opening to China, but I am afraid that President Obama has not shown the decisive leadership that is required to overcome congressional obstacles in any US-Iran rapprochement.