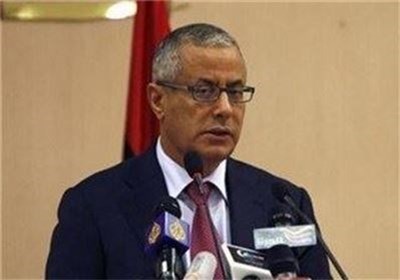 The abduction of Libyan Prime Minister Ali Zeidan shows that the North African country is on the verge of becoming a failed state, a political commentator says.

Johnny Miller, who is a freelance journalist based in London, made the remarks during an interview with Press TV on Friday, a day after armed militants abducted Zeidan from a hotel in the capital Tripoli, but freed him hours later.

The militants said they were angry at reports that the government of Zeidan had given permission to US forces to conduct an arrest operation against an al-Qaeda suspect, an act which they said violated the country’s sovereignty.

Libya “really is close to being a failed state. I mean you have the situation where the government is very, very weak. You have the streets ruled by militias, affiliated with the government, but also acting unilaterally by themselves,” Miller said.

“You have the east of the country, Benghazi, which the government has no control over whatsoever, and is ruled by other armed groups. You have the Americans launching special forces raids on alleged terrorists in the country; and now we still have the situation where militias and armed groups are in control of most of the oil refineries of the country. The government wants the control of these oil refineries, but the militia has taken control of them. So, you have almost got a failed state here, and Libya is very much in chaos,” he added.

Since the overthrow of long-time dictator Muammar Gaddafi in 2011, the Libyan government has been struggling to tackle the presence of armed militants, who fought against forces loyal to Gaddafi.

Libyans rose up against Gaddafi’s four-decade rule in February 2011 and deposed him in August 2011. He was slain on October 20 of the same year.

Benghazi was the birthplace of the 2011 uprising. It is largely governed by militias in the absence of unified Libyan security and military forces.

The former rebels refuse to lay down their arms, despite efforts by the central government to impose law and order.

Over the past few months, Tripoli and its suburbs have been hit by violent clashes between rival militias who participated in the 2011 uprising.

Meanwhile, a blockade by armed groups on key Libyan oilfields and terminals has paralyzed the country’s oil industry, choking output to a tenth of normal levels.

Guards working with the oil industry have been on strike since July and imposed a blockade on oilfields and terminals. Many armed militants and defected soldiers have also joined the guards in their campaign against the government.

The Libyan government is importing fuel to keep power stations running and queues are growing at petrol stations across the country.