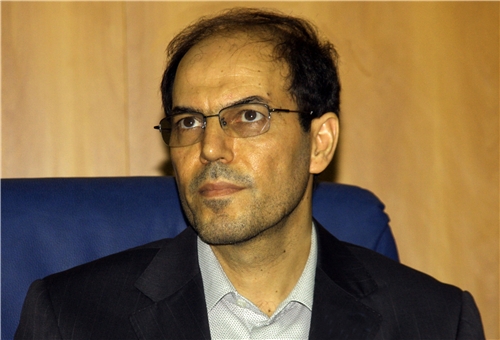 Iran’s Deputy Ambassador to the UN Gholam Hossein Dehqani has lashed out at the Security Council for making inroads into the authority of the General Assembly.

“The Non-Aligned Movement (NAM) reiterates its concern over the continuing encroachment by the Security Council on the functions and powers of the General Assembly and those of the Economic and Social Council through addressing issues which fall within the competence of the latter organs,” Dehqani said on Friday.

He made the remarks in an address to the Sixth Committee of the 68th Session of the United Nations General Assembly on behalf of the NAM member states.

He added that the NAM countries are also worried about the attempts to “enter areas of norm-setting and establishing definitions which fall within the purview of the General Assembly.”

“The Non-Aligned Movement reaffirms that the reform of the organization should be carried out in accordance with the principles and procedures established by the Charter of the United Nations and preserve the legal framework of this constitutional instrument,” Dehqani stated.

He noted that NAM believes the UN is a “central and indispensable” forum to address issues pertaining to international cooperation, economic development and social progress, peace and security, human rights and the rule of law, based on dialog, cooperation and consensus-building among states.

The movement attaches great importance to strengthening the UN role and recognizes the efforts to develop its full potential, the Iranian envoy said.

“Important elements in the United Nations’ reform process are the democratization of its principal organs and respect for the General Assembly’s role and authority, including questions related to international peace and security,” Dehqani added.

He stated that the sanctions imposed by the Security Council on Iran over its nuclear energy program still remain an issue of serious concern to the NAM states, adding that the movement believes that the imposition of bans should be considered a last resort.

“Sanctions may be imposed only when there exists a threat to international peace and security or an act of aggression, in accordance with the [UN] Charter. They are not applicable as a preventive measure in any and all instances of violation of international law, norms or standards,” the Iranian diplomat pointed out.
He stressed the importance of clearly defining the objectives of sanctions “based on tenable legal grounds” and said bans should be imposed for “a specified timeframe.”

Dehqani emphasized that NAM fully supports all efforts to resolve disputes among states peacefully and based on the provisions of international law and the UN Charter.